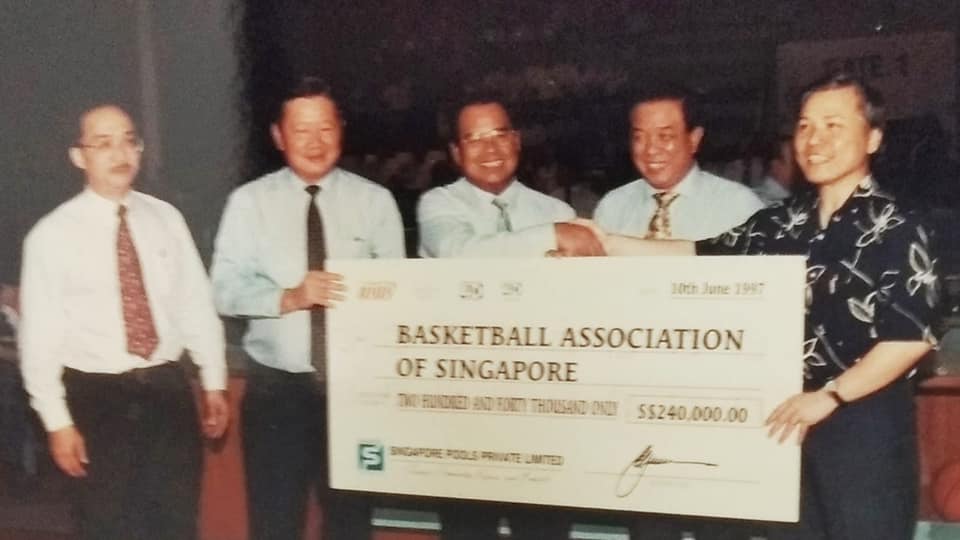 Mr Quek Hiang Chiang, Advisor of BAS, passed away on Thursday, 28 January at the age of 90.

Basketball Association of Singapore (BAS), wish to convey its deepest condolences to the family of Mr Quek Hiang Chiang on his passing.

Mr Quek has been active in his early years in the local basketball scene; assuming important posts in BAS over the years: Honorary Treasurer, Honorary Secretary, Vice President and Deputy President.

Mr Quek was also a key initiator in the inaugural 1984 Merlion Cup. He was instrumental in the success of the event- fostering good relationships between participating clubs, as well as actively involved in fund-raising during his tenure as the Honorary Secretary.

In 1985, Mr Quek was awarded the Public Service Medal (PBM) for his tremendous contributions toward the local basketball scene.

He was also the former FIBA-Asia Treasurer and upon retirement from active role in the basketball scene, Mr Quek acts as an Advisor for BAS since 2003 until his passing.